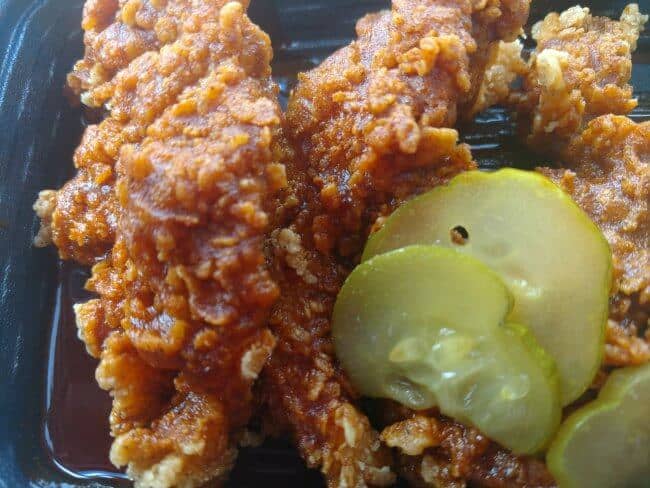 KFC has done it again with their smoky Mountain BBQ Chicken

KFC has been on a mission the past two years! They are incorporating regional flavors into their repertoire of chicken arsenal! A few years ago Kentucky Fried Chicken introduced their version of Nashville Hot Chicken. Then a year later they introduced Georgia Gold chicken. Now, in 2018 they have released their newest flavor, Smoky Mountain BBQ Chicken!

When I saw the Smoky Mountain BBQ chicken released I thought finally, KFC is going to coat this chicken in a nice, thick, smoky tomato-based sauce.

Previously, I did reviews on Nashville Hot and the Georgia Gold chicken. To be honest, I really did not care for either one. My first thoughts on the  Nashville Hot Chicken were the sauce was thin and had an oily finish. I had never tried Nashville Hot Chicken and assumed that was the way the original recipe was. The Georgia Gold, on the other hand, I suspected it would have a nice thick sauce on it similar to what you get from Zaxby’s Hot Honey Mustard sauce (by the way if you have not tried that, you should!). Even still, this was not the case. The sauce was similar to the Nashville Hot with the oily finish.  When I saw the Smoky Mountain BBQ chicken released I thought finally, KFC is going to coat this chicken in a nice, thick, smoky tomato-based sauce. Nope! They went with the oily sauce again. 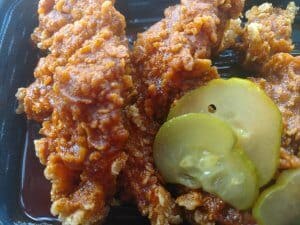 So what are our thoughts on it? The Smoky Mountain BBQ Chicken is by far the best one yet! I truly like their version of it. Even though when I think of Smoky Moutain BBQ Chicken I have a totally different view and taste in mind, this one still hits the spot. As stated above, the sauce is a thin, oily based sauce with spices. It is sweet and not as smoky as I imagined it to be. It has a sort of sugar texture to it and you can taste what I think is chili powder. All in all, it is very good.

Make sure you check out our video review of it below! Let us know in the comments below if you have tried it and what your thoughts were. I really like it myself but I am still longing for a chicken rolled in a thick sauce from KFC. What is your opinion on that? 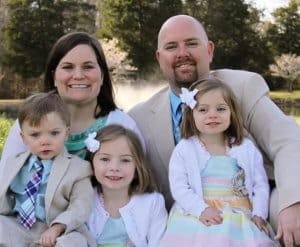 Born and raised in the South, Ronnie (Southern Food Junkie) developed his love for southern food.  As a child, he mostly stuck to the traditional cuisine that his mom and family loved to cook. As he got older he wanted to branch out into other ethnic foods and discovered he loved their food too. His love of food shows through his passion of doing reviews of restaurants, cooking, and trying new and unique foods or drinks.