Maine Root Root Beer is an All-natural Soda made from some of the finest ingredients available. This is the reason I rank it as one of the best Root Beers I have ever had.

How I found out about Maine Root

Several years back, my uncle, who is known to most as an entrepreneur, turned me on to a soda he saw on TV. Papa Phil as I called him, was always a sucker for a good story about a company.  He saw the companies owners on a TV show talking about starting up their business and trying to get distribution across the nation. The company was Maine Root. At the time he was trying to get me to sell it and I actually did contact the company. It wasn’t a good plan because I did not know anything about selling sodas, only drinking them. Fast forward to today, Maine Root Root Beer is still one of my favorite Root Beers.

Where did it get is start?

The Company was started by two brothers. According to Maine Root’s website, One of the brothers was a boat builder by trade. He was helping build a big pizza oven in a Pizzariea in Portland, Maine when he notices the root beer that the restaurant was serving was not that appealing. He set out to brew his own and this is where Maine Root was born. 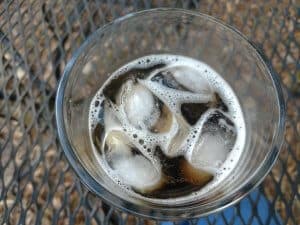 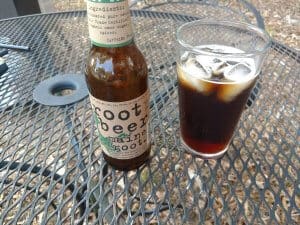 How does it taste?

Maine Root Root Beer is an all natural soda that uses the best ingredients. This is one of the main reason that it is one of my favorite sodas. It doesn’t have all that bad stuff that other brands have. It has a very smooth and rich flavor. The Anise (licorice Flavor) is what I notice first when I put the glass to my mouth. When tasting it, the Anise and the Wintergreen is what shines through the most. The carbonation is not harsh as some of the more commercialized root beers can be. All in all, it is a great Root Beer. As far as flavor goes, I rank this #2 in the world of Root Beers that I have tried right behind Boylan Root Beer.

I recently found this at Aldi’s Grocery store. In the past, it was only available at the high-end whole food stores like Earth Fare and Whole Foods. I am interested in seeing if you like it as well? Have you given it a try? Also, watch our video review of this awesome soda by clicking the video below. Be sure to subscribe to our channel so that you are notified of future videos.